Mexico was ruled by the Spanish for more than 300 years before achieving independence early in the 19th century. While significant economic progress has occurred in the past 15 years, this nation of about 112 million people continues to struggle with low real wages, underemployment, and inequitable income distribution. This, coupled with few advancement opportunities, is most notable among the largely Amerindian population in the impoverished southern states and the agricultural area of the Baja peninsula. Waterborne diseases such as bacterial diarrhea, hepatitis A, and typhoid fever continue to plague both rural and urban communities. Some progress has been made to reduce the number of infant deaths from diarrheal illnesses through increased provision of access to potable water to more of the population. However, the sharp rise in obesity in all of Mexico (surpassing the U.S. in 2013 as the most obese populous country) has caused an epidemic of Diabetes and other non-communicable diseases. Diabetes and associated illnesses are now the number one cause of death in people aged 45-59, killing more than 70,000 Mexicans a year. This is roughly six times more than the deaths caused by gangland violence. Only about 6% of the population attends evangelical Protestant churches.

Global CHE Enterprises works in the following regions of Mexico:

Located on the Pacific Coast this city of about 105,000 people is the fourth-largest city in the state of Guerrero and is located about 150 miles northwest of Acapulco.

Our partner Dr. Jody Collinge and CHE Team from GCN are working in six communities in Zihuatanejo with children’s ministries. All are wholistic with Bible, health and English teaching.

Children’s CHE focuses on providing shelter, food, medical help and clothing for children who are at risk. In addition there are programs that focus on health, psycho-social support and the spiritual life of the child. The small school in the garbage dump is starting to use Children’s CHE. They have learned to make fly catchers from soda bottles and are about to do SODIS (solar disinfection of water.) Children actively share their faith with their families and several mission churches have been planted. One of the most effective programs that the Global CHE Team in Zihuatanejo has developed is a club that recycles plastic. This club has been recognized and honored by the local city authorities, and has proven to be effective in helping at risk children in this city.

Mexico City is one of the largest cities in the world with a population of almost 20 million people. Global CHE Enterprises is working in five communities in the greater Mexico City area. Steve Palich, a partner from CMFI, works with local Pastor Misael Cruz and CHE “champion” Mariana Luna in the community of Fuego Nuevo. The development of a soccer league for at-risk boys involves about 120 youths. The league has broken down barriers in the community and gotten people to talk to each other and work cooperatively.

Distances between villages on the Tarahumara mountain range and extreme unrest and crime among drug cartels in the area present challenges in the area. This makes travel risky for Mexico Area Coodinator and Pastor Jacob Sotelo and his team. However, they have successfully formed a committee among the Tarahunaran Indians. They have a strong partnership with the Tarahumara Hospital run by Mexico Medical Missions. Pastor Jacob and his team use the facility as a base to reach out to the indigenous people of the region.

CHE trainers have been able to broadcast the vision through teaching about prevention of diseases, promoting good health and promoting the abundant life in Christ. CHE Trainers and Committees, together, have been able to mobilize their communities to bring health fairs in to their neighborhoods.

This year, 85 girls from 9 to 12 years old received the Human Papilloma Virus immunization.

In an agreement with the Health Department, CHE Trainers and Communal Committees, there will be one health fair per month in each area where CHE is being implemented. By petition of the committee the focus will be on Nutrition Education and also in prevention and detection of women cancer.

The committees are aware of the low level of literacy and they took the initiative to talk with the Education Department to formalize and develop a project for 2015 to reach those who are interested in getting educated.
Gardening is flourishing through Nuevo Peñasco and San Rafael areas. Community gardens are cared for by members of the community as well as 1mission house applicants.
All the cell groups have adopted the “Purple Book” as their discipleship program. It is of a great joy to see 65 people being discipled through this guide.

Jacob Sotelo and Hugo Gomez (CHE Coordinator of Meso-America) are alternating the teaching of TOT1, TOT2 and TOT3 at Rancho La Paloma mission base in Tecate, Mexico. George and Susan Saba, the hosts, are involved with attracting nearby churches to CHE. Representatives from 4 churches in the area between Tijuana and Tecate are attending. In an area known for massive charitable work, the seeds of CHE are being planted slowly but surely.

One church, Lo Mejor del Trigo, has held 4 health fairs over 15 months. Pastors Francisco and Graciela and others have hosted CHE trainings. Templo de Alabanza uses clean-up of community areas and painting of rocks to define the roads as seed projects to bring awareness to CHE.  Mizpah church is offering beginning classes in wood working, healthy cooking and teaching about Houses of Peace. 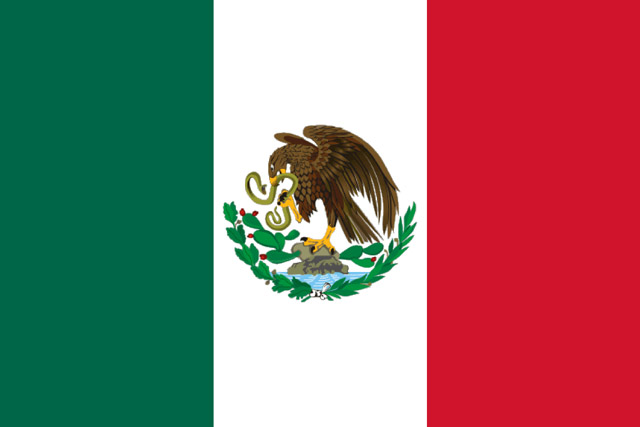